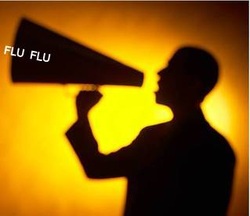 ​The Centers for Disease Control and Prevention has warned pregnant women against travel to several countries in the Caribbean and Latin America where the Zika virus is spreading. They include Barbados, Bolivia, Brazil, Colombia, Dominican Rep., Ecuador, El Salvador, French Guiana, Guadeloupe, Guatemala, Guyana, Haiti, Honduras, Martinique, Mexico, Panama, Paraguay, Saint Martin, Suriname, Venezuela, Virgin Islands, the Commonwealth of Puerto  Rico, as well as Samoa, in the South Pacific, and Cape Verde, off the coast of Africa. Infection with the virus appears to be linked to the development of microcephaly (unusually small heads and brain damage in newborns).
The latest travel advice remained a Level 2 advisory, meaning it concerns only travelers with specific risk factors — in this case, pregnancy. But Guillain-Barré syndrome, a potentially life-threatening paralysis, has been found in men and women with probable Zika infection in Brazil and French Polynesia.
The C.D.C. is helping Brazil conduct research to determine if any link exists between the Zika virus and Guillain-Barré, an autoimmune condition. Most people with the syndrome recover.
Here are some answers and advice about the outbreak.


What is the Zika virus?

A tropical infection new to the Western Hemisphere.
The Zika virus is a mosquito-transmitted infection related to dengue, yellow fever and West Nile virus. Although it was discovered in the Zika forest in Uganda in 1947 and is common in Africa and Asia, it did not begin spreading widely in the Western Hemisphere until last May, when an outbreak occurred in Brazil.
Until now, almost no one on this side of the world had been infected. Few of us have immune defenses against the virus, so it is spreading rapidly. Millions of people in tropical regions of the Americas may have had it.

How is the virus spread?

One more reason to hate mosquitoes.
Zika is spread by mosquitoes of the Aedes species, which can breed in a pool of water as small as a bottle cap and usually bite during the day. The aggressive yellow fever mosquito, Aedes aegypti, has spread most Zika cases, but that mosquito is common in the United States only in Florida, along the Gulf Coast, and in Hawaii – although it has been found as far north as Washington in hot weather.
The Asian tiger mosquito, Aedes albopictus, is also known to transmit the virus, but it is not clear how efficiently. That mosquito ranges as far north as New York and Chicago in summer.
Although the virus is normally spread by mosquitoes, there has been one report of possible spread through blood transfusion and one of possible spread through sex.

How do I know if I’ve been infected? Is there a test?

It’s often a silent infection, and hard to diagnose.
Until recently, Zika was not considered a major threat because its symptoms are relatively mild. Only one of five people infected with the virus develop symptoms, which can include fever, rash, joint pain and red eyes. Those infected usually do not have to be hospitalized.
There is no widely available test for Zika infection. Because is closely related to dengue and yellow fever, it may cross-react with antibody tests for those viruses. To detect Zika, a blood or tissue sample from the first week in the infection must be sent to an advanced laboratory so the virus can be detected through sophisticated molecular testing.

How does Zika cause brain damage in infants?

Experts are only beginning to connect the dots.
Scientists do not fully understand the connection. The possibility that the Zika virus causes microcephaly – unusually small heads and damaged brains – emerged in October, when doctors in northern Brazil noticed a surge in babies with the condition.
It is not known exactly how common microcephaly has become in that outbreak. About three million babies are born in Brazil each year. Normally, about 150 cases of microcephaly are reported, and Brazil says it is investigating more than 3,500 reported cases.
But reporting of suspected cases commonly rises during health crises.

Does it matter when in her pregnancy a woman is infected with Zika virus?

Earlier seems to be worse.
The most dangerous time is thought to be during the first trimester – when some women do not realize they are pregnant. Experts do not know how the virus enters the placenta and damages the growing brain of the fetus.
Closely related viruses, including yellow fever, dengue and West Nile, do not normally do so. Viruses from other families, including rubella (German measles) and cytomegalovirus, sometimes do.

Is there a vaccine? How should people protect themselves?

Protection is a huge challenge in infested regions.
There is no vaccine against the Zika virus. Efforts to make one have just begun, and creating and testing a vaccine normally takes years and costs hundreds of millions of dollars.
Because it is impossible to completely prevent mosquito bites, the Centers for Disease Control and Prevention has advised pregnant women to avoid going to regions where Zika is being transmitted, and has advised women thinking of becoming pregnant to consult doctors before going.
Travelers to these countries are advised to avoid or minimize mosquito bites by staying in screened or air-conditioned rooms or sleeping under mosquito nets, wearing insect repellent at all times and wearing long pants, long sleeves, shoes and hats.
FLU SHOTS
BMA will be holding a FLU SHOT CLINIC
in the fall which is open to all our patients
[Date to be announced]
​between 4:30 pm and 6:00 pm

*The high dose for those over 65 has been shown to be 27% more effective than the regular flu shot in the older population.

Do I still need a flu shot if I’ve already had the flu?

First, how do you know you had the flu? There are more than 100 viruses that can cause “colds and flu” symptoms — though a bad flu is worse than most of them. Doctors often describe it as “high fever, aches and the feeling that you’ve been hit by a truck.” Unless a doctor took a nasal swab, you can’t be sure that what you had was flu — and unless it was sent on to a top state laboratory or to the Centers for Disease Control and Prevention lab for sequencing (which is not routine), even your doctor wouldn’t be able to say for sure exactly which flu virus it was.

Second, even if you had the flu, you presumably had only one strain, which you now have antibodies against.  So a shot would still offer protection against flus you have not had. I suppose your chances of getting flu twice in one season aren’t huge — but some people just get unlucky. And if you have any reason to particularly fear flu, like a depressed immune system, serious obesity or diabetes, or if you are pregnant, you should definitely talk to a medical professional about this.

A second paper that analyzed five large randomized controlled studies in Britain found that over six and a half years on average, daily aspirin use reduced the risk of metastatic cancer by 36 percent and the risk of adenocarcinomas — common solid cancers including colon, lung and prostate cancer — by 46 percent.

Daily aspirin use also reduced the risk of progressing to metastatic disease, particularly in patients with colorectal cancer, the studies reported.

Norovirus is acquired by ingesting material contaminated with small amounts of infected feces or fluids. Food and water may be contaminated during processing as well.

The symptoms of norovirus illness usually include nausea, vomiting, diarrhea, and some stomach cramping. Sometimes people also have a low-grade fever, chills, headache, muscle aches, and a general sense of tiredness.

The illness lasts for about one or two days. People with norovirus illness are contagious from the moment they begin feeling sick until at least three days after they recover.

It is recommended that anyone who develops diarrhea and/or repeated vomiting should remain out of work until at least 48 hours after symptoms resolve.

There is no specific medication to treat norovirus, but infected people should drink plenty of liquids to replace fluid lost through vomiting and diarrhea. Dehydration can occur rapidly and may require medical treatment or hospitalization.

The best course of action is prevention. The use of soap-and-water hand washing during and after such illness followed by the use of an alcohol hand gel is highly encouraged.
Really? The Claim:
Hand Sanitizer Stops Norovirus Spread

As public health officials struggle to contain a series of viral outbreaks this winter, many people are reaching for bottles of hand sanitizer.

Studies show that alcohol-based sanitizers, particularly those with 60 percent ethanol or more, can reduce microbial counts on contaminated hands and reduce the spread of some strains of the flu. But against norovirus, the severe gastrointestinal illness gripping many parts of the country, they may be useless.

Some viruses, like influenza, are coated in lipids, "envelopes" that alcohol can rupture. But non-enveloped viruses, like norovirus, are generally not affected.

Bleach is effective against norovirus, and can be used to decontaminate countertops and surfaces. And for people, the best strategy may be washing hands with plain old soap and water.

In 2011, the Centers for Disease Control and Prevention studied 91 long-term care facilities. During the winter of 2006-07, they identified 73 outbreaks, 29 of which were confirmed to be norovirus.

The C.D.C. says that as a means of preventing norovirus infection, alcohol-based sanitizers can be used "in addition" to hand washing, never as a substitute.

Hand sanitizers can reduce the spread of some viruses, like the flu. But against norovirus they are largely ineffective; better to use soap and water.

​A high-profile federal panel has backed away from its 2012 recommendation against prostate-cancer screening for men ages 55 to 69, concluding in a new opinion that the risks and benefits of screening are “closely balanced’’ for those men and that they should seek a doctor’s advice.
In men age 70 and older, the group continues to conclude that any benefits of screening “do not outweigh the harms, and these men should not be screened.”
The U.S. Preventive Services Task Force, in a draft recommendation weighing the usefulness of the blood test called PSA, slightly upgraded its views on the test for men 55 to 69. Previously, in the 2012 opinion, the task force had also recommended against the test for the 55-to-69 age group, saying the possibility it lowered deaths from prostate cancer was “very small.”
Now, the panel, made up of private doctors advising the government, said additional medical evidence from some clinical studies increased its certainty about the PSA test reducing the risk of dying of prostate cancer and of metastatic disease.
Even so, it said, the balance between pluses and minuses is very close, and it advised men from 55 to 69 that they should consult their doctors in deciding whether to get the PSA, which stands for prostate-specific antigen.