Are you looking for a new primary care physician? 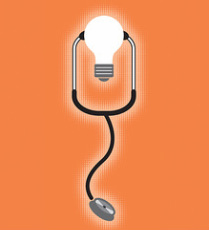 ​
BMA would like to introduce you to four of our group's members:                  They all have room in their practices to take on new patients. Same day appointments are often available on their schedules and well patient physicals can be booked with them within a few days.

Dr. Szentpaly is a graduate of Semmelweis University School of Medicine, Budapest, Hungary in 1994. After graduation he completed his residency at NY Medical College – Sound Shore Program where he stayed on as Chief Resident. He was certified by the American Board of Internal Medicine in 1999. He moved to Florida and spent 8 years building a large internal medicine practice. He moved to this area in 2007 and became affiliated with Mount Auburn Hospital. He is fluent in English, Hungarian and Romanian, but  is also able to speak basic Italian, Spanish and German.

Dr. Tran is a graduate of University at Buffalo School of Medicine and Biomedical Sciences. She did her internal medicine residency at Mount Auburn Hospital and became chief medical resident. She was most recently at Tufts New England Medical Center. She is board certified in Internal Medicine.

Dr. Nelson is a graduate of Tulane Medical School where he also received his Master’s in Public Health and Tropical Medicine. He grew up in Washington State and moved to Cambridge after completing medical school to do his internship and residency at Mount Auburn Hospital. He is proficient in Portuguese after working in Mozambique for three years. He is an instructor at Harvard Medical School and on staff at Mount Auburn Hospital. He is currently accepting new patients and is now seeing patients on the 5th floor.
​